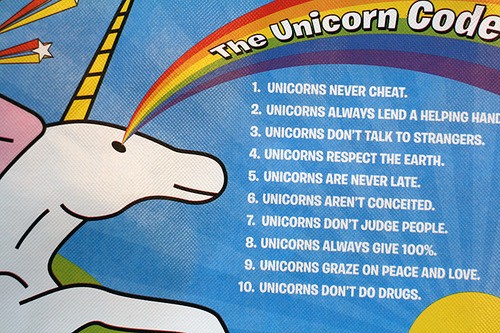 Believe it or not, even Unicorns have a code of conduct that they follow every day.

Wow, someone had to be drinking the kool-aid to come up with all that.