How To Sell PCs, Make Them Cool

Windows computers are ugly. Lets face it, they just spend their time playing catchup with Apple’s design awesomness. However, it would be possible to sell more Windows machines if their PCs looked as cool... 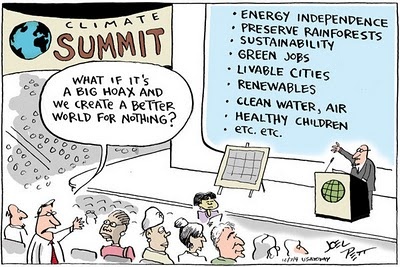 Global Warming A Hoax? What’s The Worst That Could Happen?

Some say that global warming is a hoax and that we’re not killing our planet. If that were true, what good is this ‘going green’ movement? Ohh yea: Energy Independence Preserve Rainforests Sustainability Green...

Grandma Got Run Over By A Reindeer – Class and Rap Version

Forget Rudolph and all those other crazy reindeer, Leroy is the man. He may be a redneck reindeer, but he’s super on the cool scale!

MTV Cribs has never showcased Mario, but if they did, this is what they’d find inside his closet. Everything from a frogger outfit to a giant shoe. I think his little 1up underwear is...

Twas The TWILIGHT Before Christmas

The TWILIGHT before Christmas and all throughout the forest, things were kinda not right as a mystical creature was in plain sight.

Yes, the internet is free, but no, you’re not suppose to haul in your desktop PC with it’s giant ass monitor and that junk. He’s totally a Dell user. Dude, I’ve got free wireless...

Who wouldn’t want a cute little puppy like this helping you make cupcakes?! He’s tiny and ohhh soooo cute! He’s better looking than the cupcakes! via taza-and-husband

Now this is frekin’ amazing. Not only did they tie their Christmas lights into Guitar Hero, but they have the whole house and yard in sync! The Griswolds have nothing on this guy. I...

Dear Subway, Stop Screwing Up The Cheese On Our Sandwiches

You know, this is a really good point. Why does Subway screw up the cheese on our sandwiches?! via WAXIN’ AND MILKIN’